Interiors
HomeHomesInteriors10 Lamps Inspired By The Asian Charm For Your Home

10 Lamps Inspired By The Asian Charm For Your Home

The lanterns of the Chinese imperial palace, sky lanterns of Thailand's Loy Krathong and traditional Japanese paper lanterns are all an indication of the long love affair that Asians have had with this charming luminous apparatus. The contrasting trimming and fabric options make Penta’s Club House wall lamps an interesting way to add colour and a touch of elegance to your walls. A varnished metal structure is covered with lawn and silk satin in neutrals and jewel tones to create fashionable lamps reminiscent of Chinese lanterns, with modern shapes and textures that draw cues from French chinoiserie. Inspired by the chignon wigs worn by the 17th-century Japanese predecessors of the geisha, Moooi’s Juuyo lamps, designed by Lorenza Bozzoli, have a demure sensuality that harks to its Eastern influence. The lamp bears some semblance to traditional handheld lanterns; within the shades are vibrant Japanese motifs that will add a whimsical accent to any interior. 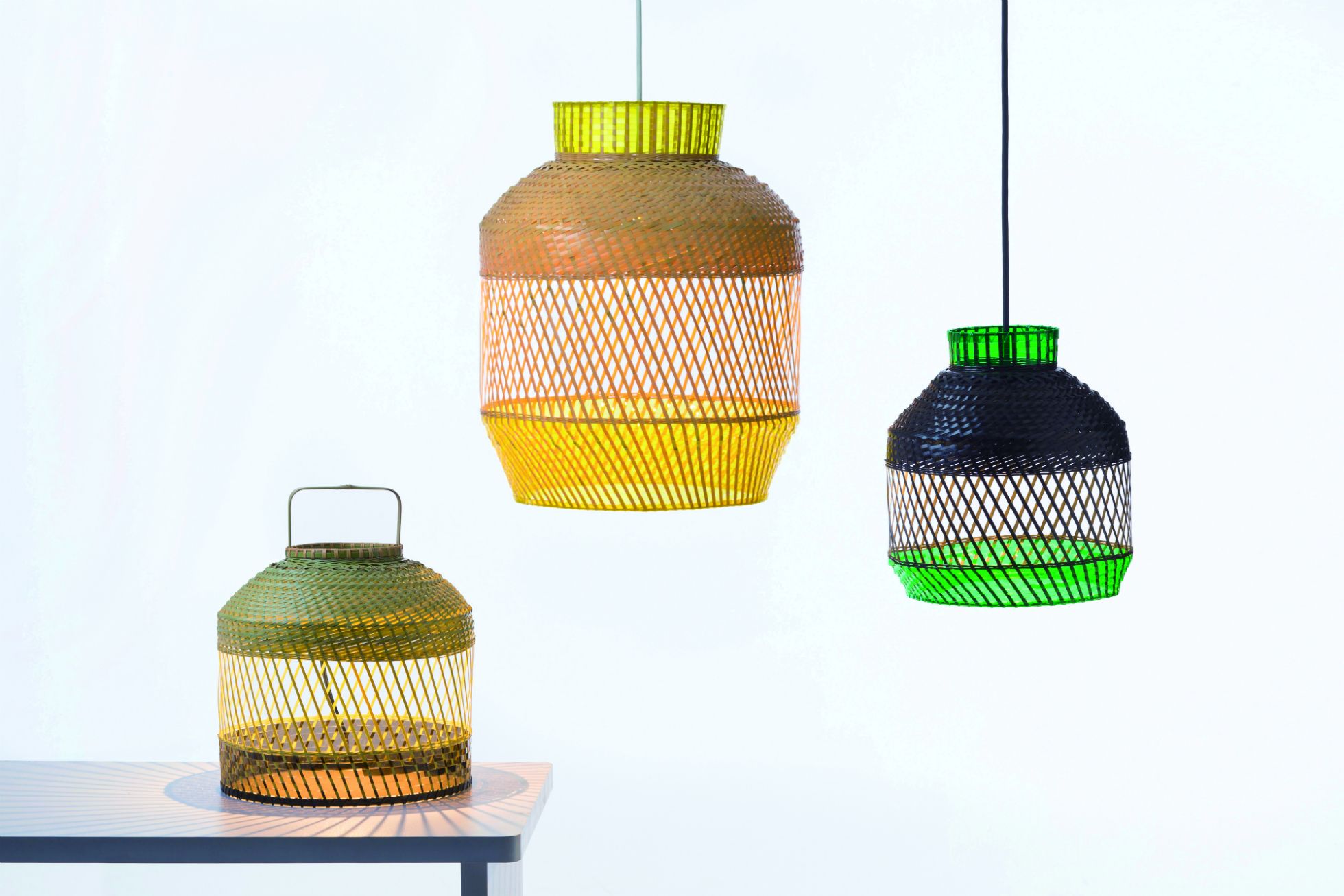 Available at Industry+, 1A Tyrwhitt Road

With its rounded and ribbed organic form that reminds one of paper lanterns, the Tocco lamp from Penta will imbue your home with a soft, calming glow. Designed by Japanese studio M+K Design, these lighting pieces feature a housing structure made entirely of wengé wood or bleached oak wood. They’re available in three different sizes, either as an oval pendant lamp or a spherical table lamp. 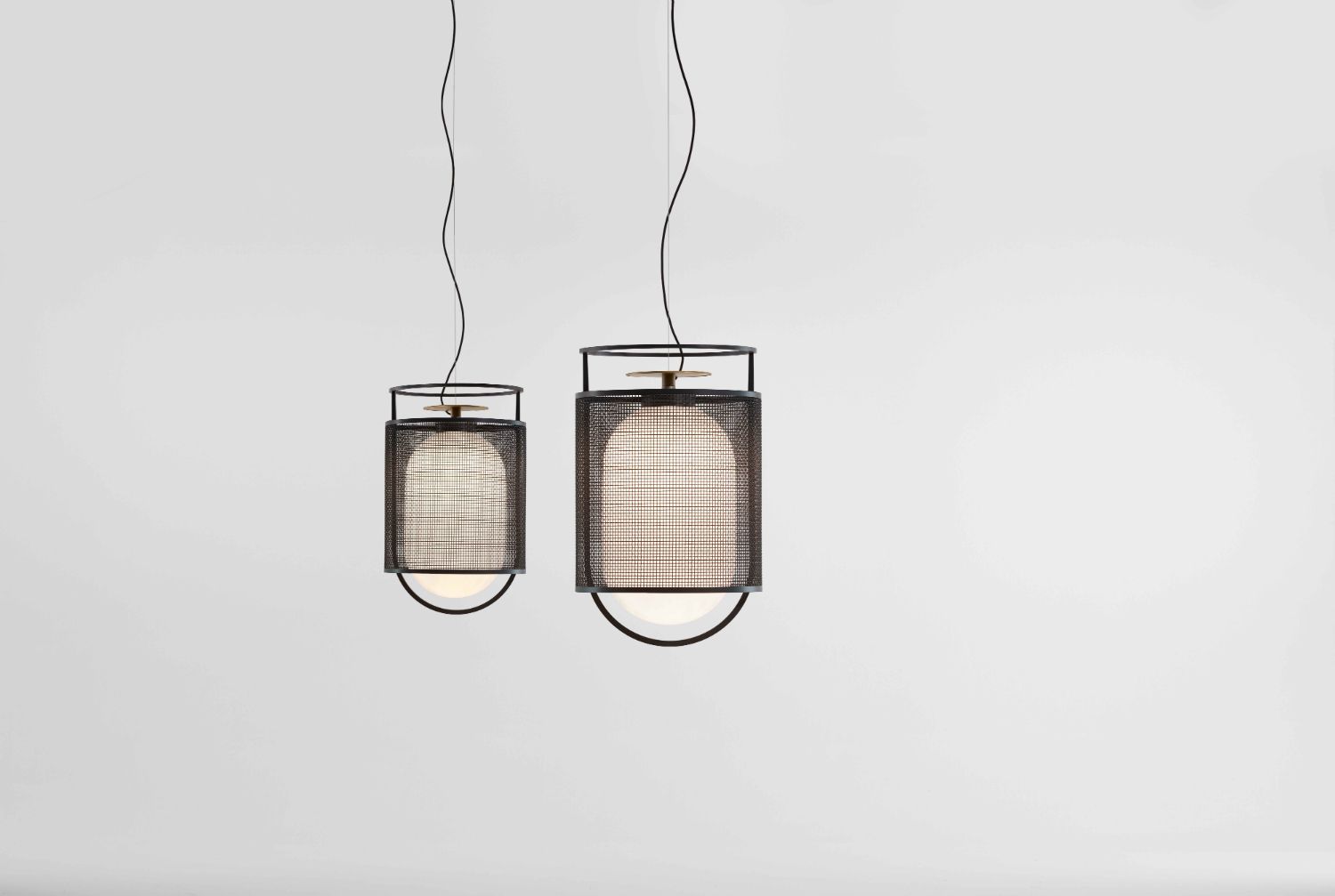 Denglong, which translates as “light cage” in Chinese, is Neri & Hu’s interpretation of the traditional lantern. Created for Parachilna, the lamp is set upon a concrete or lacquered-wood base, with a cage-like shade comprising woven metal strands. This contemporary rendition can be used indoors or outdoors as a single pendant light, or combined to create a chandelier. 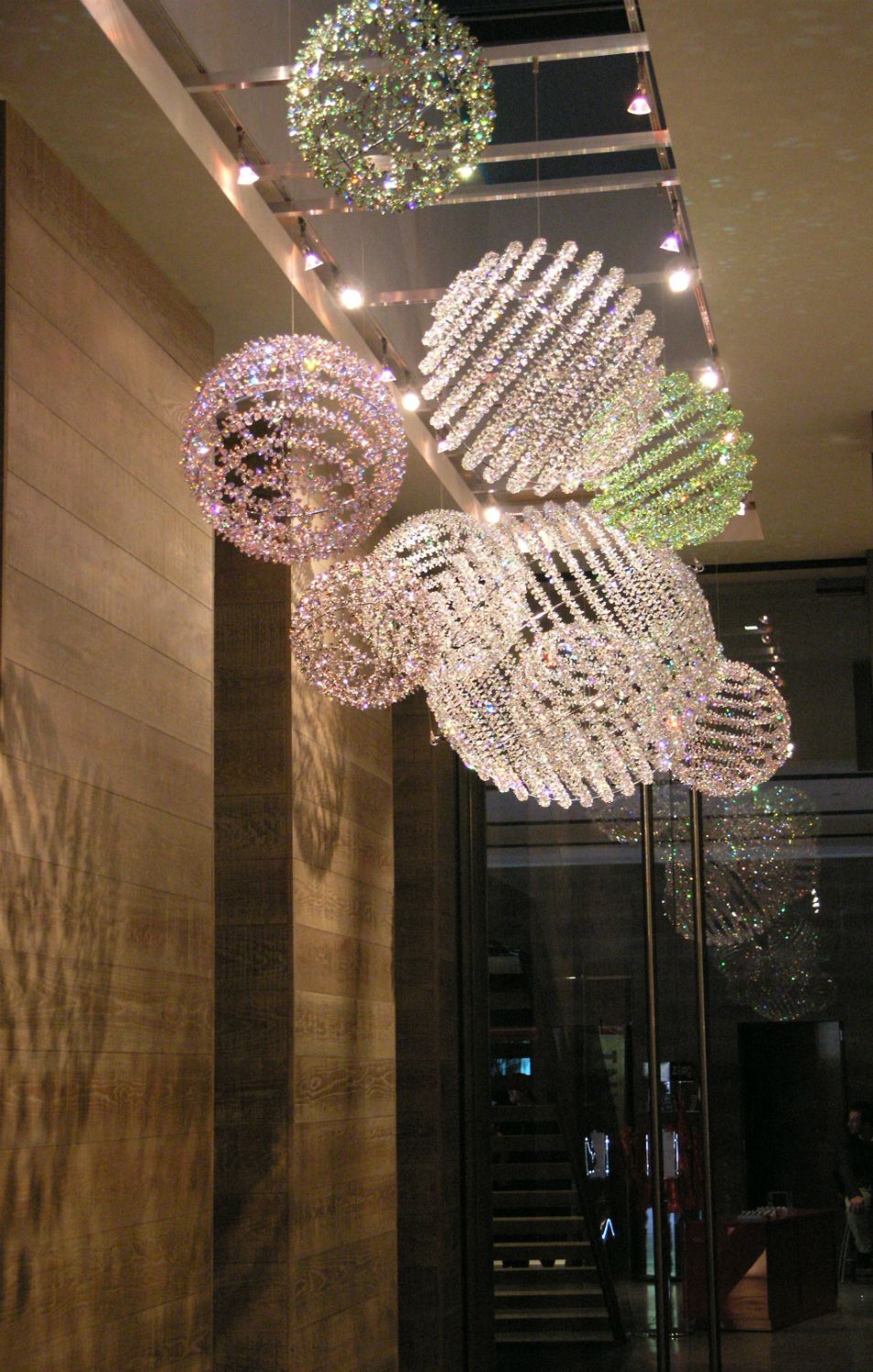 The Windfall Hellbob chandelier is conceived as a dynamic floating sphere, which shimmers as it reflects light. Each lamp consists of thousands of crystals intricately entwined around its metal frame—displayed together, they appear like a collection of glittering planets. The modular Hellbob collection is available in various sizes with an assortment of colourful crystals; it’s also possible to combine different colours within each lighting piece, making every design and arrangement is fully customisable. 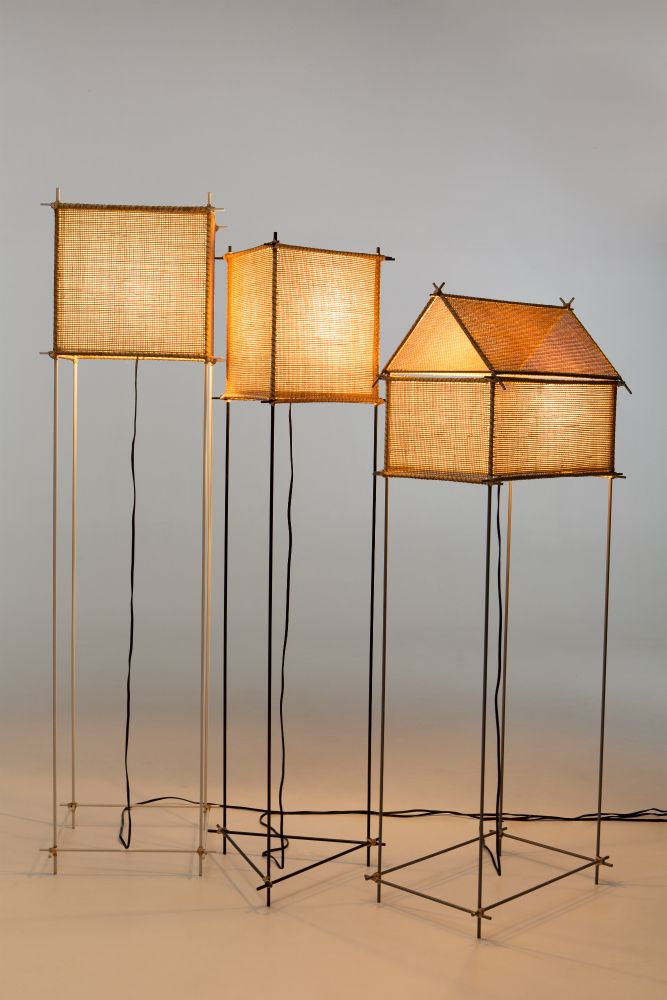 Though they look a little like paper lanterns, these lamps were inspired by the homes of the nomadic Bajau people who wander the Southeast Asian seas—the lamp’s handwoven rattan skin harks back to the delicate appearance of their stilt houses. “To achieve a more modern Asian look with these lamps, use these in a minimalist space with other Asian-inspired pieces,” suggests its designer,  Vito Selma. Designed by Ed Ng and Terence Ngan of Hong Kong-based design practice AB Concept for Lasvit, the Flux lamp—made of hand-blown glass with gold and platinum layers—references the motifs found in Asian ceramics and brings to mind candlelit lanterns. Between its organic lines, light is trapped and refracted to express the nuances of it bouncing off shallow waters.

A 1969 design by Verner Panton, the VP Globe from Verpan is an acrylic sphere with glass reflectors that appear to float within the globe. Marrying Art Deco geometry with the precision of circus acrobatics—with a bit of imagination, the reflectors could be seen as a tightrope act—this lamp is as much a work of art as it is a source of illumination for your home.

Designed by Patricia Urquiola for Flos, the origami-like Chasen suspension lamp has a chemically photo-etched stainless steel housing and borosilicate diffuser that creates a smooth, curvaceous silhouette, just like a vase. The intensity of light emission can be adjusted by opening or closing the louvres, which makes the bulb appear to glow like a candle within the enclosure.

See Also: Use These 16 Items To Transform Your Home Into An Outer Space

4 Tips To Have A Stylish Dining Room According To The Principal Of Design Intervention Nikki Hunt August 26, 2019

HomeHomesInteriors10 Lamps Inspired By The Asian Charm For Your Home
×